Explore our Blog. Get the latest details on PanTerra Networks and the UCaaS Market

Lipstick on a Pig and the Reason for a VoIP Test 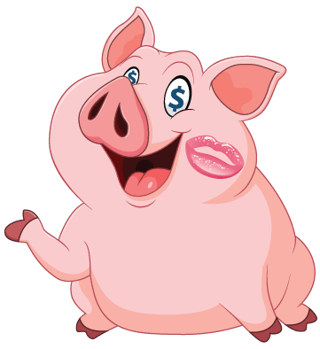 One of the first things you should know before you purchase a VoIP phone System is that your service will only be as good as your Internet and network. That is why a VoIP Test is so important.

I had an interesting call with one of our prospects yesterday and I felt it would be helpful to share this story with other prospects that may be seeing the same issues in the VoIP market. This prospect had come to us by a lead source known as Compared Business Products. I felt for this customer because he had been through 3 virtual PBX providers in the span of 3 months. Can you imagine going through a brand new phone system once a month. He was frazzled, his employees were frazzled and he was ready to put the issue behind him. (He probably would have loved this Free Third Party Evaluation Guide)

As he explained his buying process to me, it was not uncommon. I had heard this same thing before. It’s what I would describe as Lipstick on a Pig. The first provider had promised him Free Phones, No Contract and they had a whole bunch of “Paid Reviews” that made it seem like they were a high quality service. They charged his credit card and sent him the phones. The phones sat in the box for 2 weeks while he tried to get the project on-boarded. Finally, he got through the process and had his 45 employees trained on the new system. The promised reports were not as sophisticated as he had planned and he was being charged 3 cents for every minute that a caller waited in queue. What was supposed to be about $1,000 per month quickly doubled in price. He was locked in for a minimum of 90 days because of the “free phone” deal. Within a month, he had decided he couldn’t take it and it would be less expensive just to pay for the phones and get out of the horrible service he had seen.

His next provider was chosen based on the Sexy Admin Portal. His on-boarding experience was better than the first and he was able to provision the phones he had ended up buying from the 1st provider. What he did not expect was 10 outages within 2 weeks and constantly fielding calls about the quality of service. The 2nd provider had also taken his credit card when they created the account, so he was now on the hook for the 1st provider because the number had not ported yet, but also paying for the services from the 2nd provider. Can you feel the frustration mounting?

He then found a company with really sexy reports, he liked the Supervisor Dashboard. Even though it was more money than the original provider he had gone with, he felt like these reports and dashboards were going to create an even more efficient sales team. He went with them and after putting his credit card down again, found out that, as sexy as the reports were, they could not provide dial tone to his staff because of the sonic wall configurations he had in place. After 3 failed attempts to bring VoIP into his business, he ended up on my line. What he did not know is that all three of these companies are the top marketers in the VoIP Space, they all focus on Micro businesses and are pre-paid services that charge your card before you even go live with them.

In my opinion, all three of those companies provide a disservice to their new clients by running business that way. Wouldn’t you rather work with a company that surveys your business needs and your network capabilities as much as you investigate them as a service provider? Don’t you want to work with a company that doesn’t charge your credit card until you are using the service? Even though some reports are sexy and free phones are enticing, the bottom line is that if they can’t configure your sonic wall to work with SIP ALG, the reports and phones are useless. When calls are being dropped on a consistent basis, putting “lipstick on a pig,” is what some providers offer.

How do you know if you are working with a Top-Tier Service Provider? They should run a VoIP Test or MAT Test of some sort before they ever let you accept the quote. They should know about your network, your ISP, your business environment, etc, before they allow you to accept the quote. They should allow you to build all of your users out, set up your call flow and be trained on the new platform before they begin charging you a dime for their services. I am not saying that PanTerra Networks is the only provider that works this way, but it is the right way to work.

When you’re ready to make the move to the cloud, PanTerra is ready to wipe the lipstick from the pig and get to work.

Discover the full scope of the benefits Streams delivers with zero cost, zero risk, and zero obligation. Try it now!